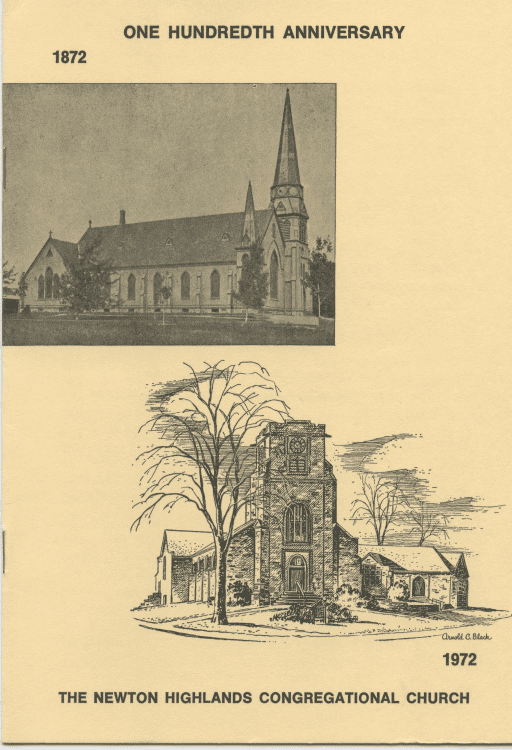 In May of 1953, NHCC dedicated Founders Hall, excavated beneath the sanctuary and finished by the direct effort of the men and women of the church. In 1961 plans were drawn for establishing 10 classrooms in Founders Hall, but not acted upon.

The Christmas pageant was started in 1959.

Memorial and Teaching windows along the side aisles were created 1960-1970, beginning with the Beatitudes Window from the studio of Charles Connick, and carried on through  the 1960s under the leadership of Rev. Paul Pitman. The balcony window was given in 1967.

In May 1965, Weekday Nursery School, a preschool, was established in conjunction with St. Paul’s Episcopal Church.

In 1971-1972, NHCC youth presented Godspell and a portion of Jesus Christ Superstar.

NHCC’S 100th anniversary in 1972 was marked with a stewardship drive.