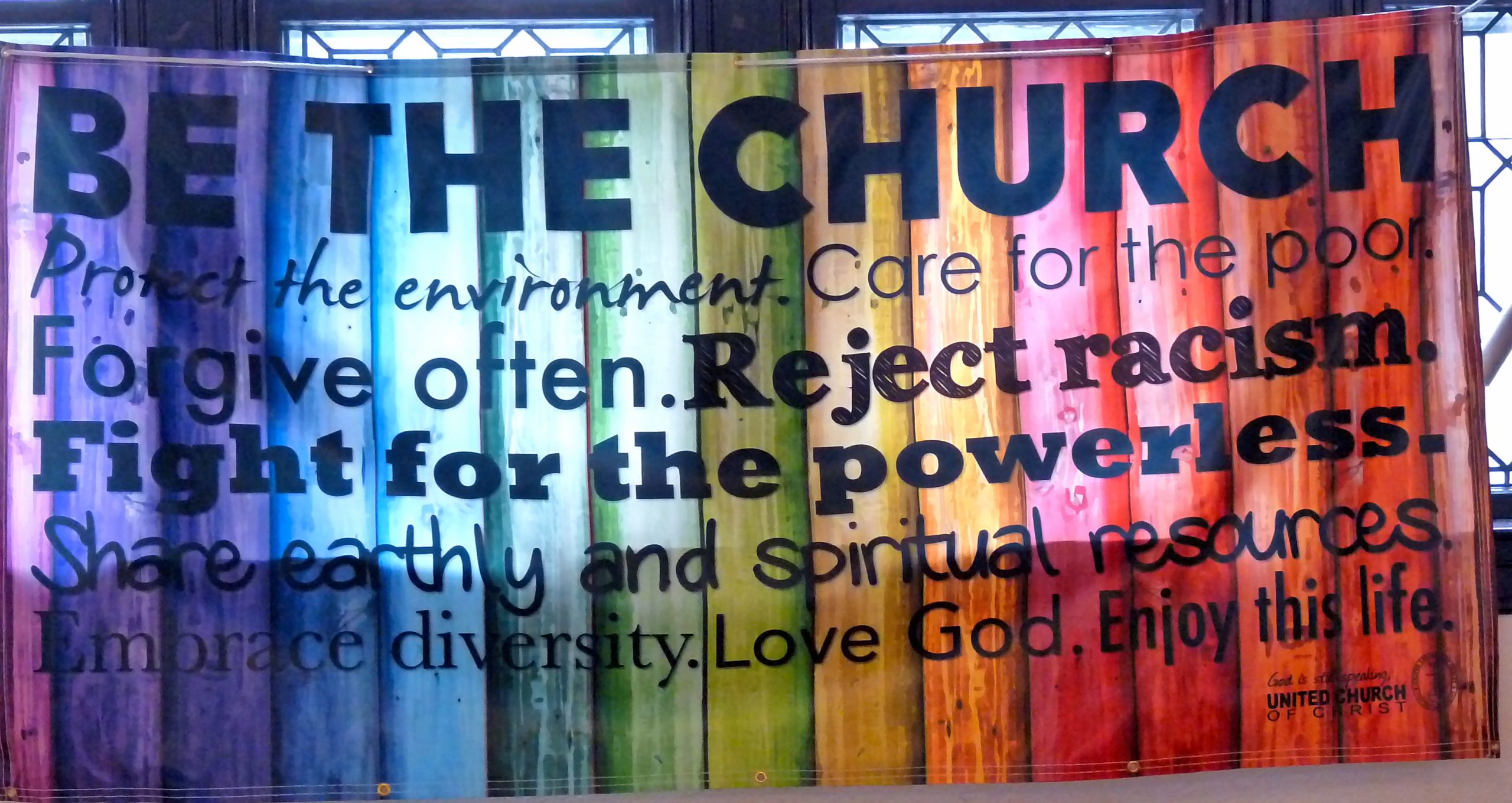 The Newton Highlands Congregational Church is an Open and Affirming church.

On being an Open and Affirming Church

The following resolution was passed at a special meeting of the congregation of the Newton Highlands Congregational Church, 1995 October 1:

Therefore, we declare ourselves to be an Open and Affirming congregation:

At our annual meeting, which is the highest form of decision making and choice in a Congregational church, on 2004 February 1 our congregation voted the following resolution:

We support the resolution that is being organized in our statewide denomination, which itself supports the Supreme Judicial Court’s affirmation of the right for gay and lesbian couples to marry. Further, as a voted Open and Affirming Congregation we ourselves re-affirm this ministry and commit our human resources, such as committee time, to the Biblical values of hospitality, welcome, and embracing the exile.

The passage of this resolution at NHCC meant that we went on to the Massachusetts Conference of the United Church of Christ (our statewide denomination) and offered our name, our prayers, and our energies to the passage of a similar resolution. This statewide statement was passed in June of 2004. NHCC was one of the first two Massachusetts UCC churches to vote this commitment as a congregation.

At worship on April 17, NHCC celebrated the tenth anniversary of officially becoming Open and Affirming. The following letter from Rev. Ann B. Day, ONA Program Coordinator for The UCC Coalition for LGBT Concerns, was read at the service:

On behalf of the Open and Affirming program of the UCC Coalition for Lesbian, Gay, Bisexual, and Transgender Concerns, I send you greetings and congratulations on this 10th anniversary of your Open and Affirming (ONA) commitment! While it would not surprise me if the ONA witness has brought you all some challenges over a decade, it is my hope that it has been an avenue for the Spirit to bless you, as well — and for you to be a blessing in the lives of others.

We are living at a time when many denominations (including our own in some respects) continue to wrestle mightily with full inclusion of lgbt/same-gender-loving persons, their leadership and ordination in the church, and related issues including marriage equality. The shining light of God’s love which comes from ONA settings and all those which are part of the ecumenical “Welcoming Church Movement” provide a beacon of hope to many individuals and families in the UCC and beyond. May our God, who is still speaking, continue to proclaim the good news in Christ through your ONA witness and every aspect of your life and ministries.