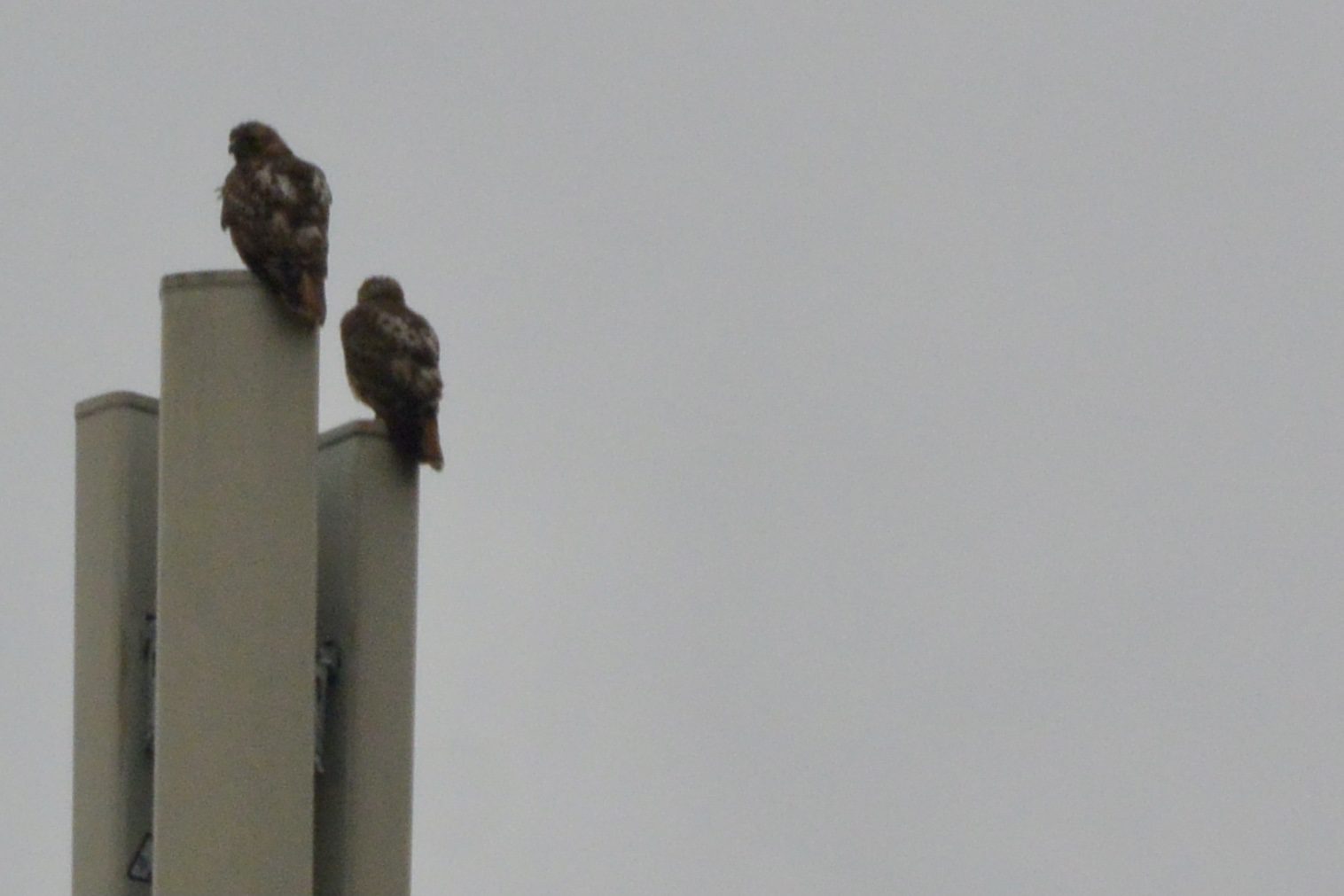 Look at the birds of the air, that they do not sow, nor reap nor gather into barns, and yet your heavenly Father feeds them. Are you not worth much more than they?

Two red-tailed hawks were recently spotted at NHCC, and since I spend time caring for plants on the NHCC grounds, I wanted to share the following facts and experiences: