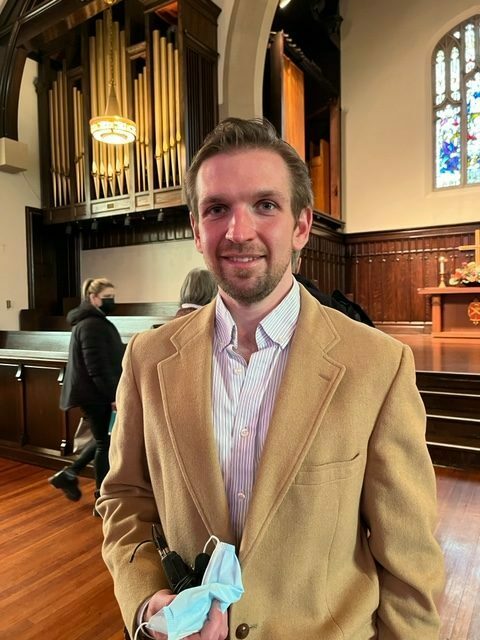 Member and licensed minister Bill Cordts spoke on Sunday, March 27, 2022, relating the parable of the Prodigal Son to believers’ relationship with God. He talked about the example of forgiveness illustrated by the father in the story.

In addition to being a candidate for ordination in the United Church of Christ, Bill has led bible studies at NHCC and at Boston University’s Marsh Chapel. He has also served on NHCC’s Christian Education Committee. Bill is a real estate agent at Boston Green Realty in South Boston. He and his wife, Heidi Freimanis, have two sons, William and Samuel, and live in Waltham. Heidi is director of operations at Marsh Chapel. Bill and Heidi met as undergraduates at BU.

The choral anthem, sung by the senior choir accompanied by organist Yevgenia Semeina, was “Our Soul Waiteth for the Lord,” by Joan Pinkston.