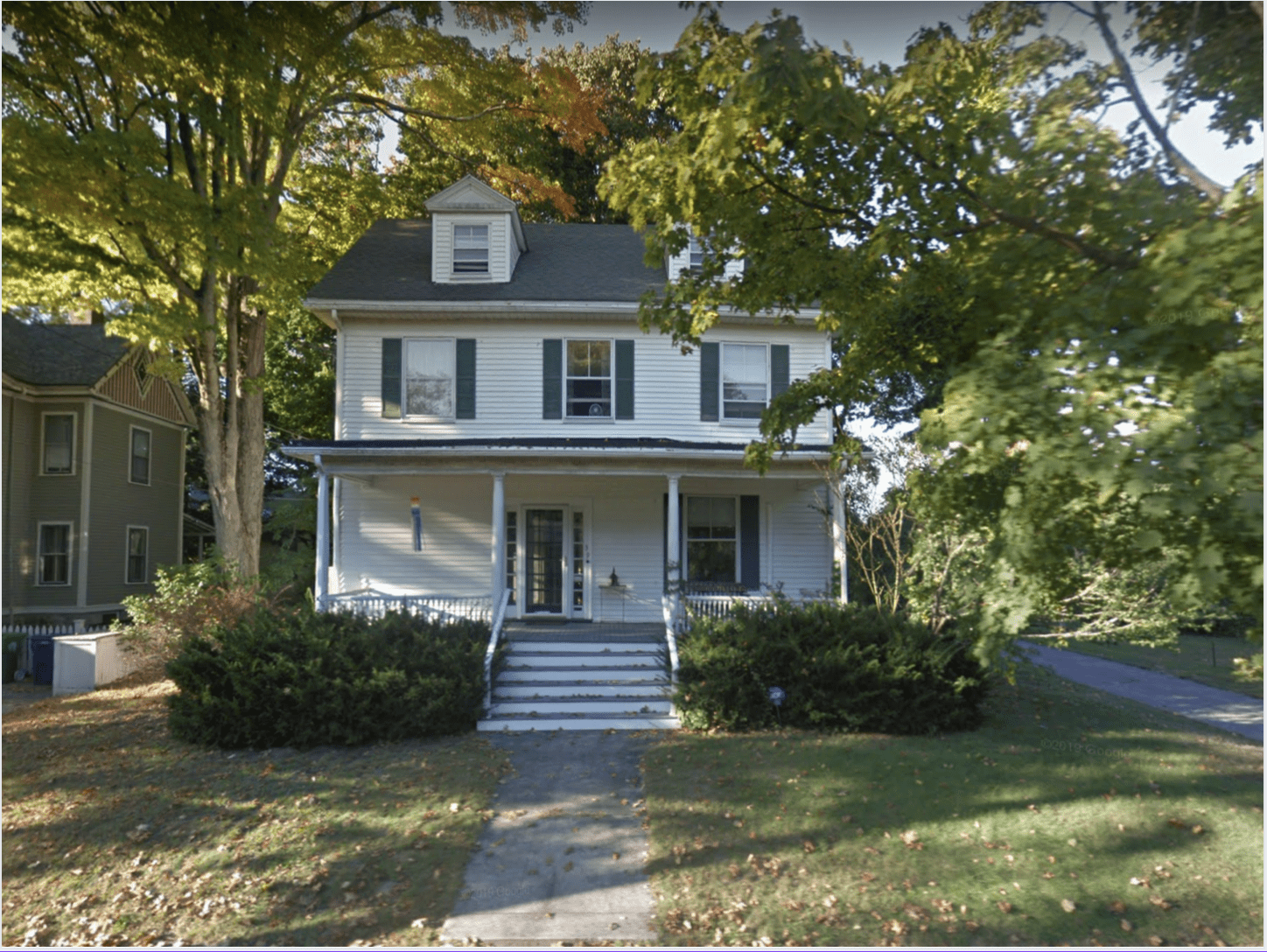 Join members of the Parsonage Disposition Committee for an information session after worship on Sunday, September 25, 2022, in the church parlor. For those who will not be in the building, join on Zoom. 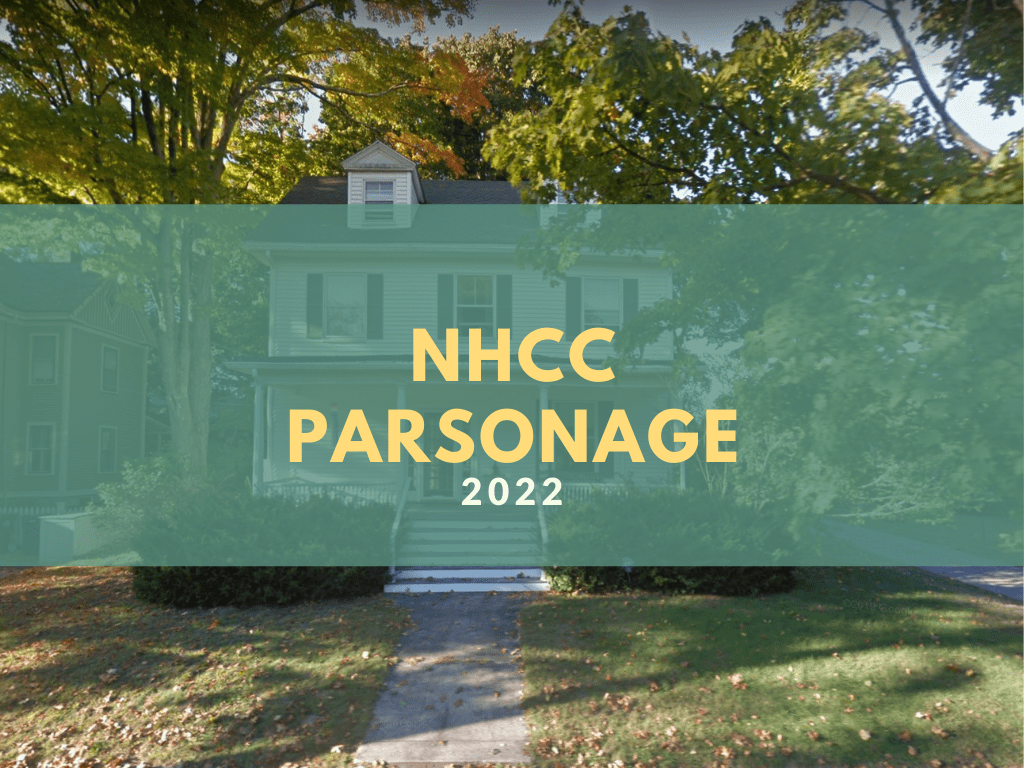 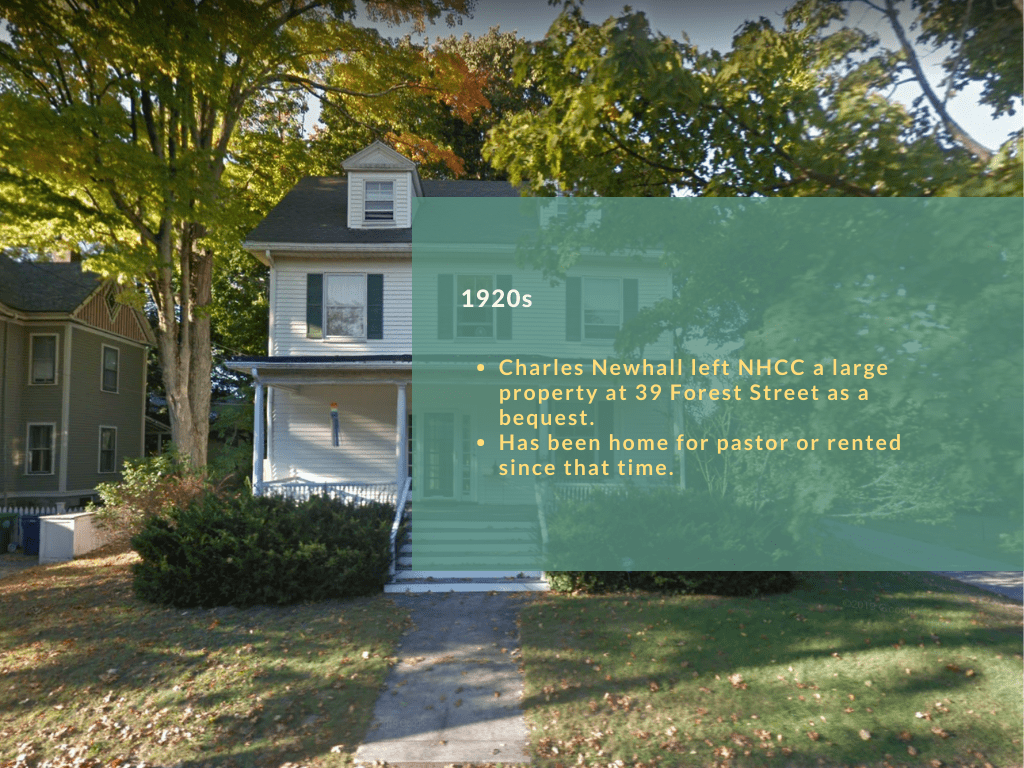 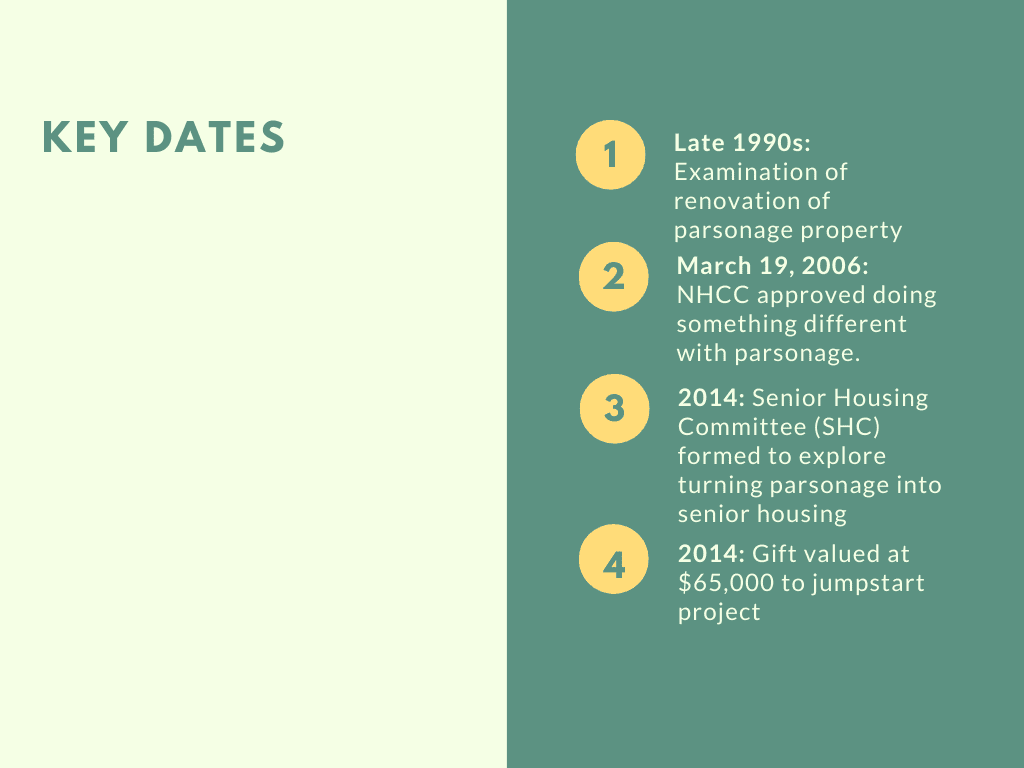 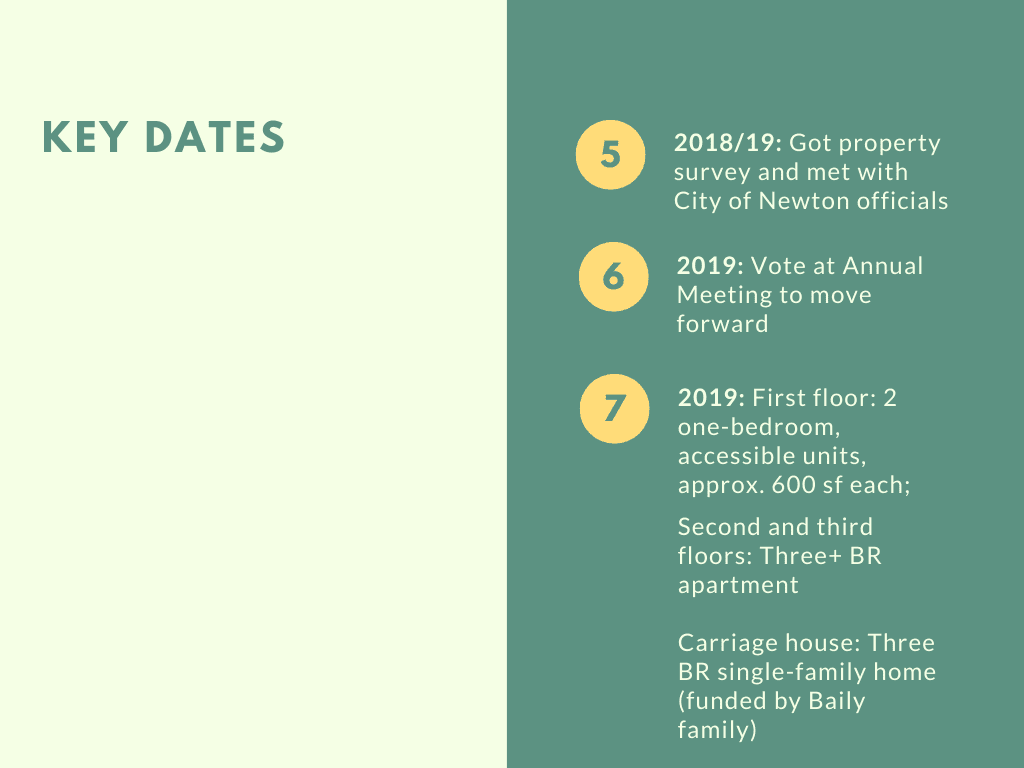 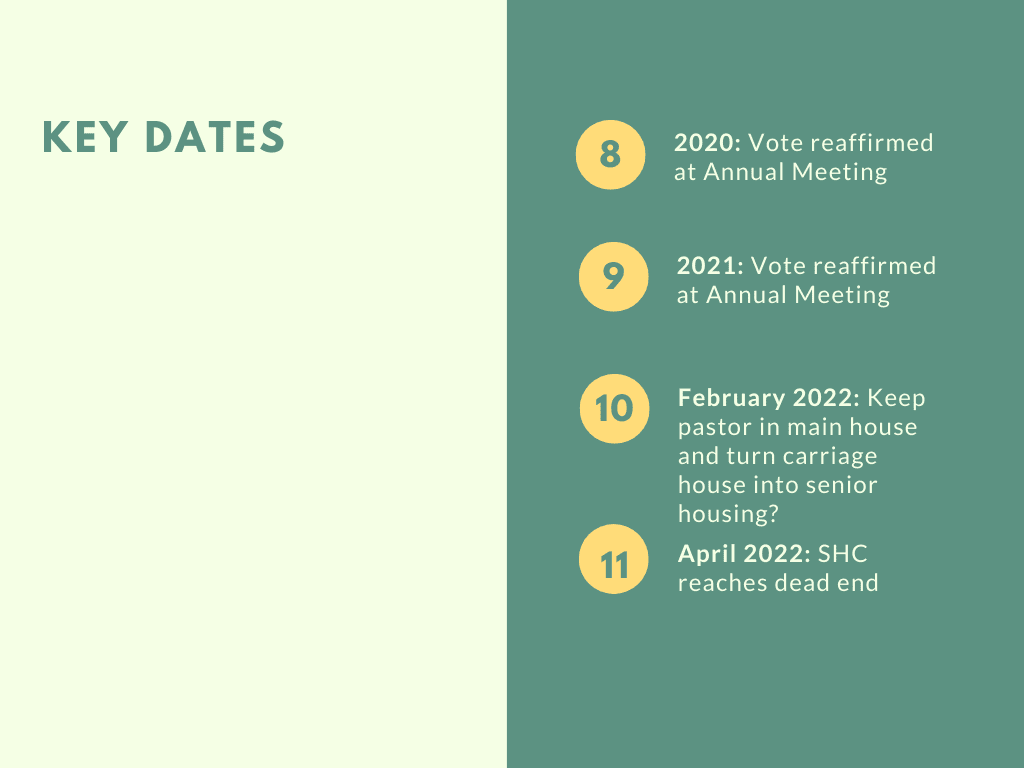 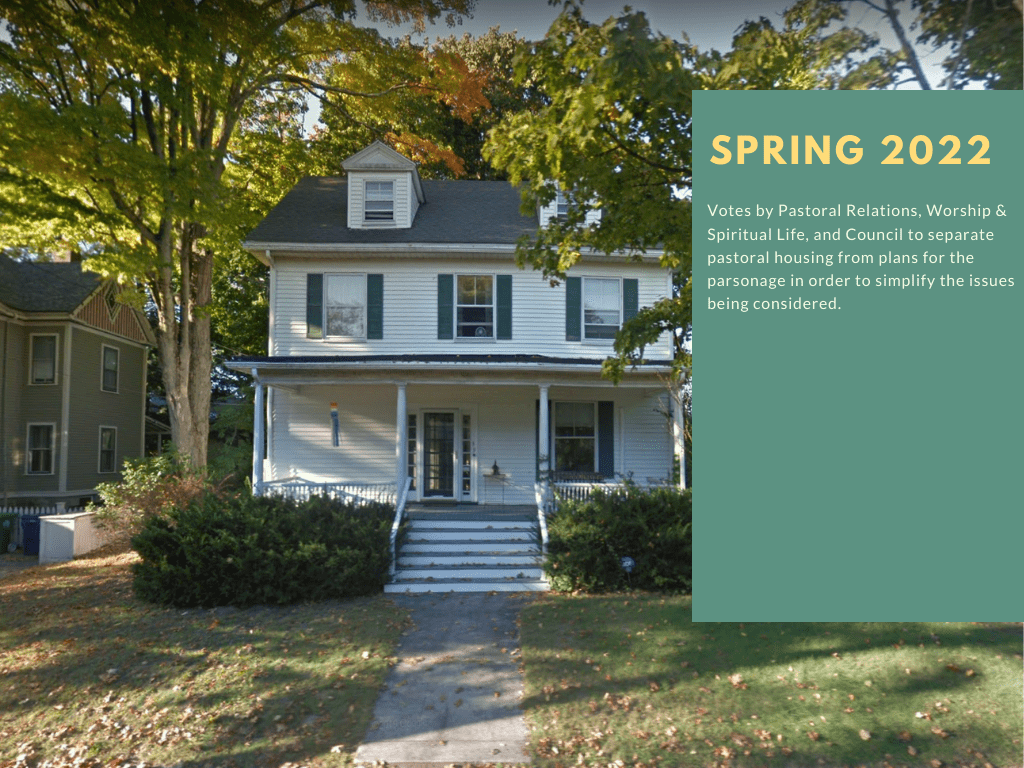 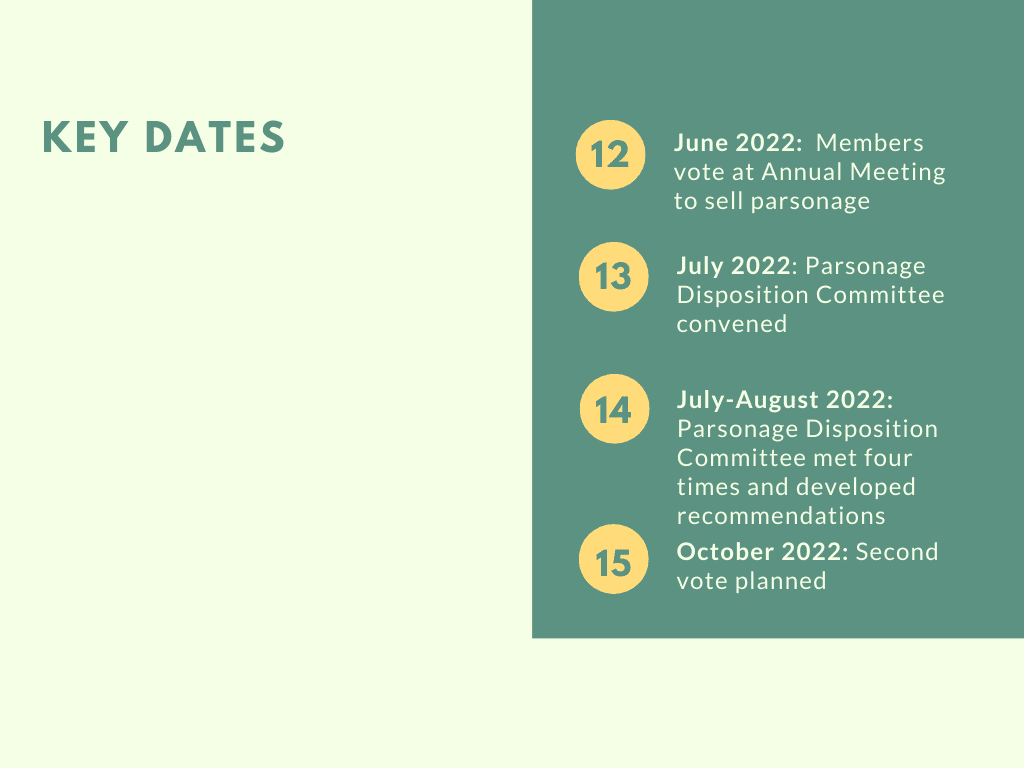 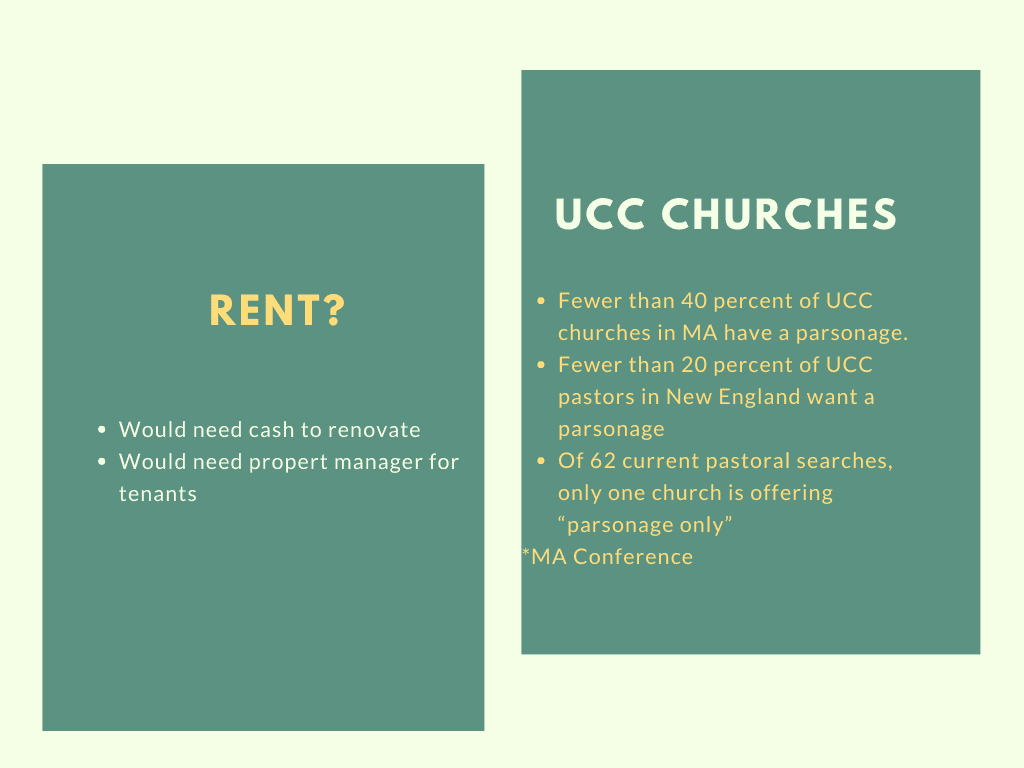 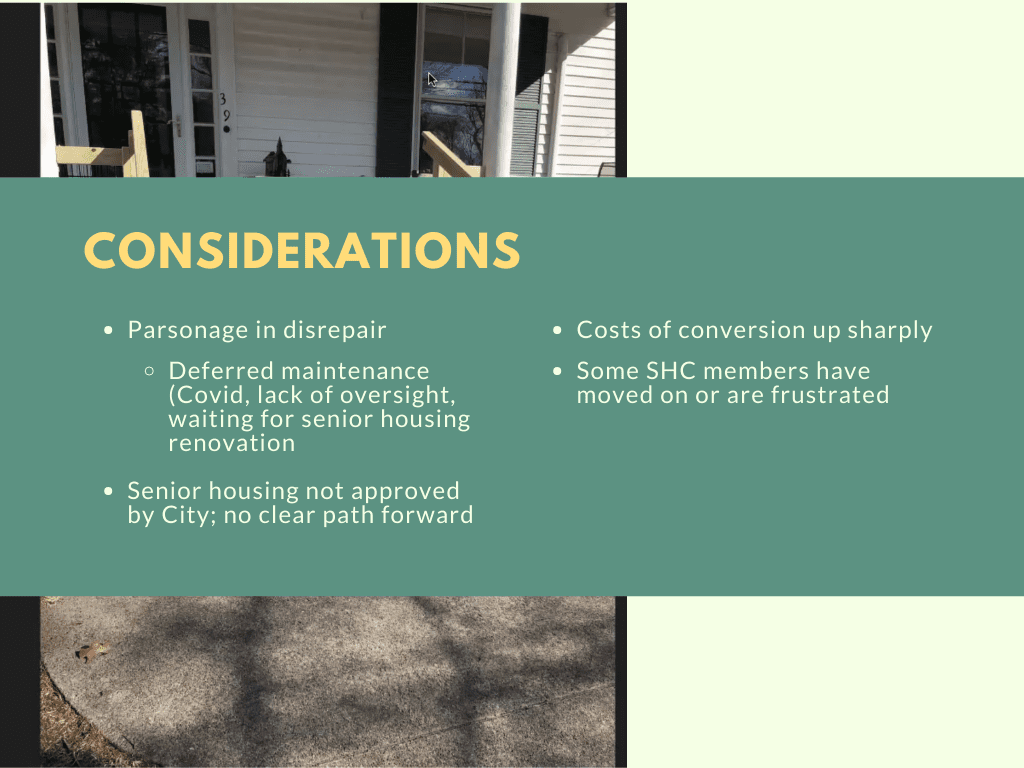 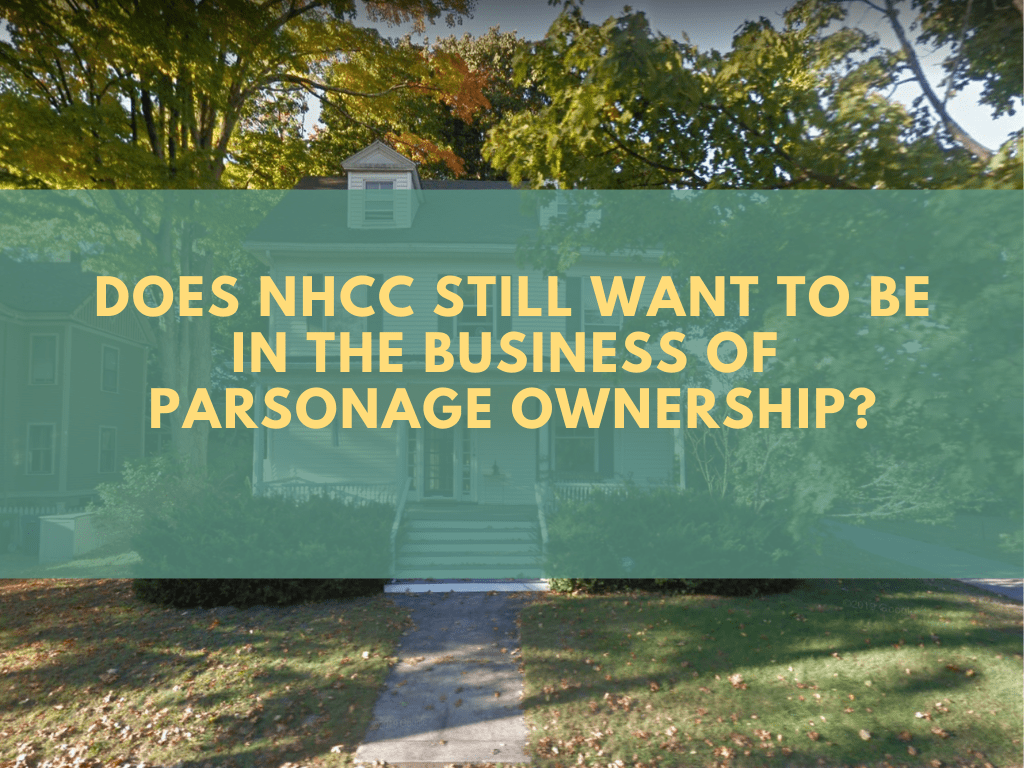 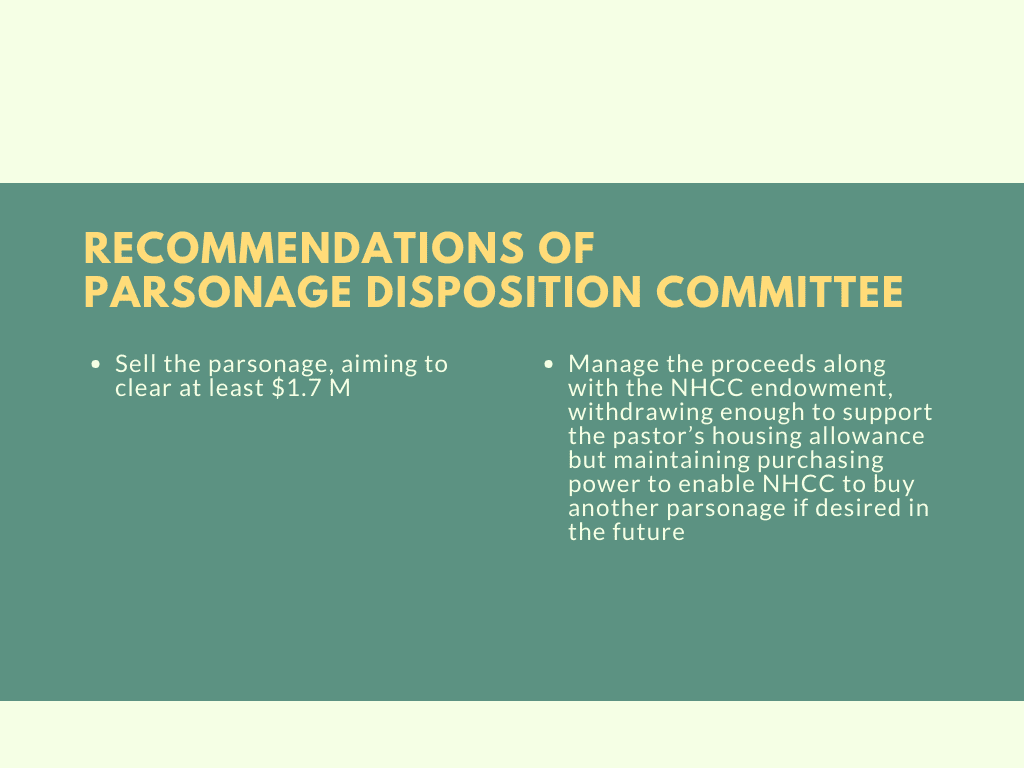 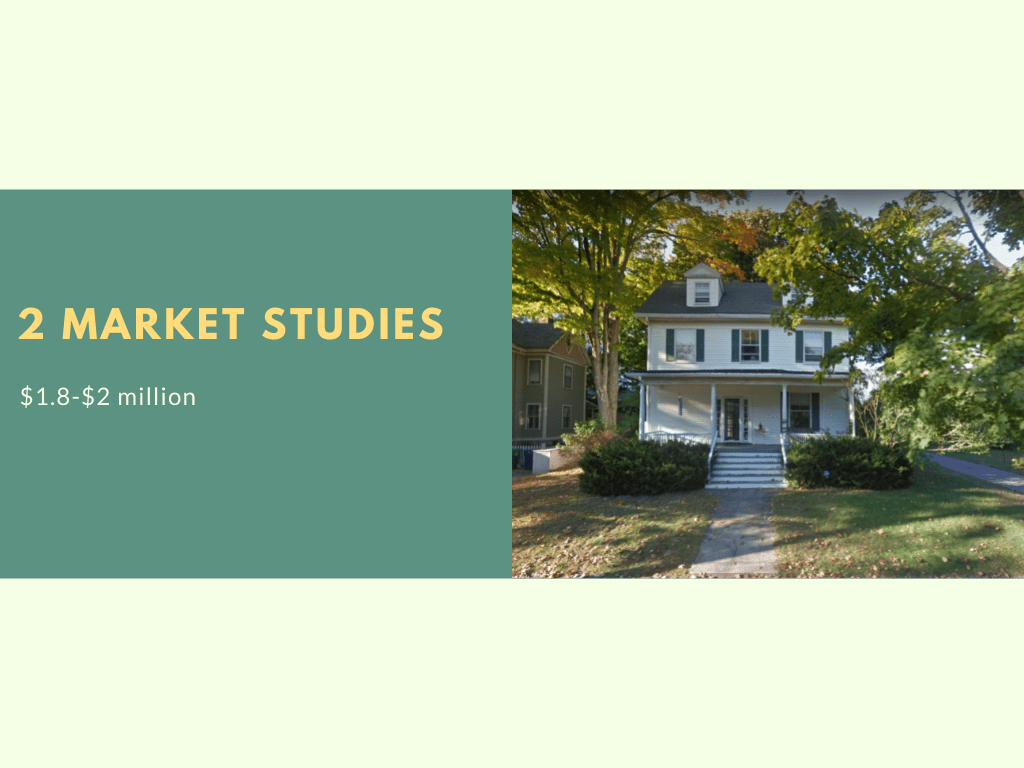 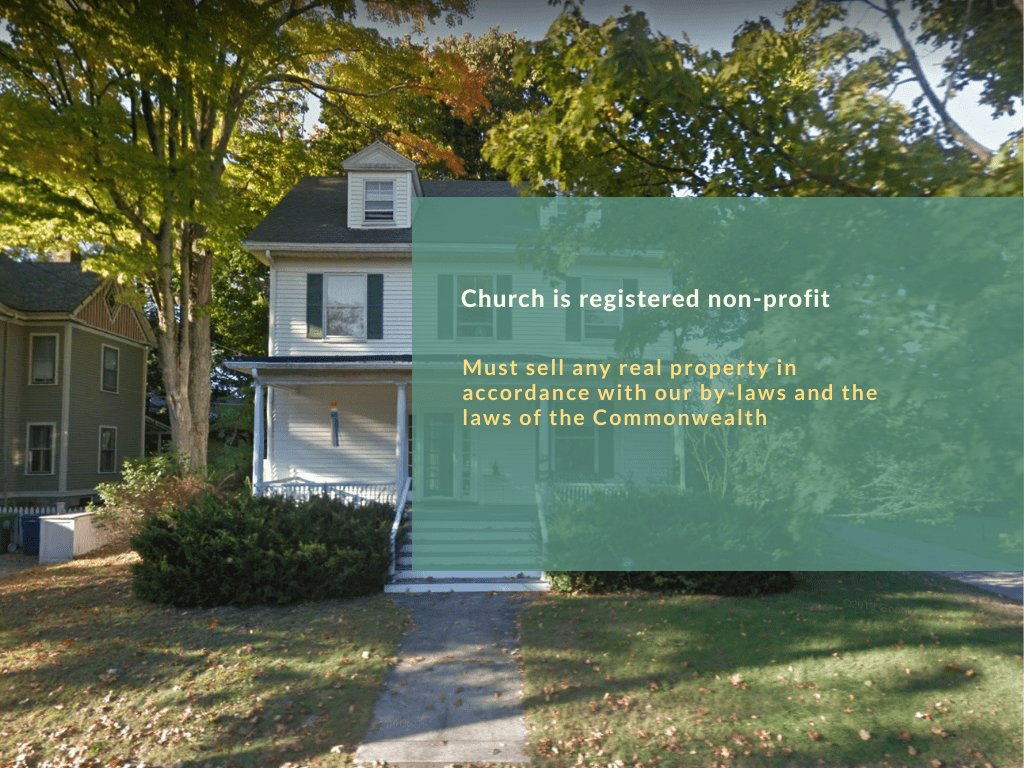 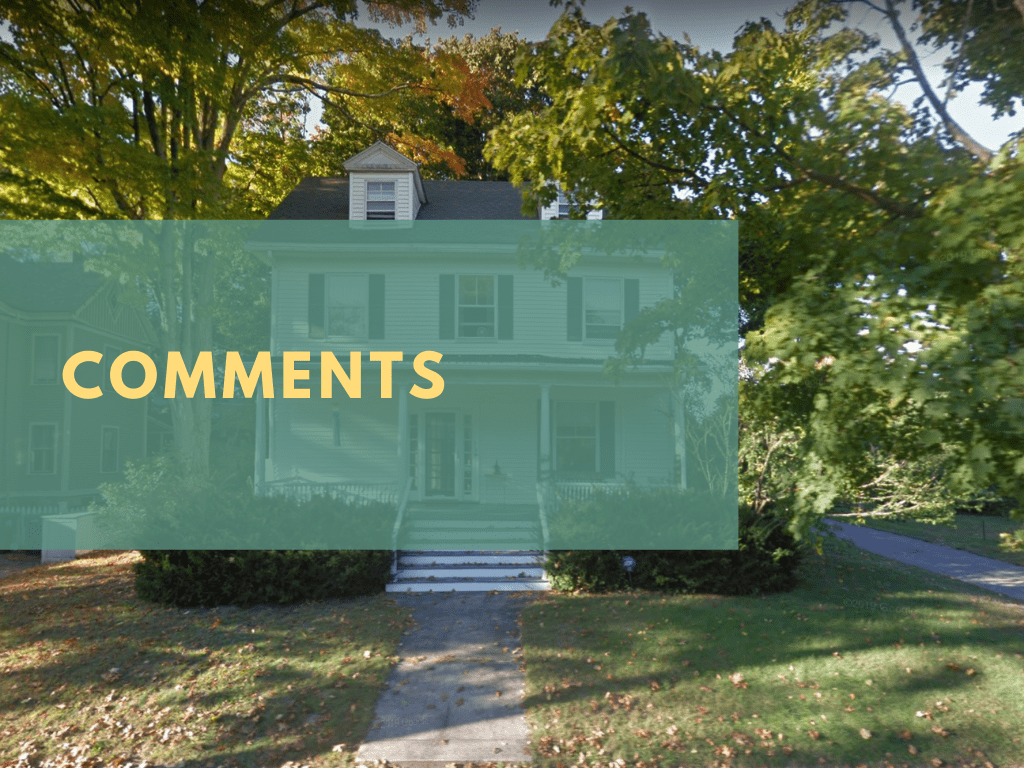 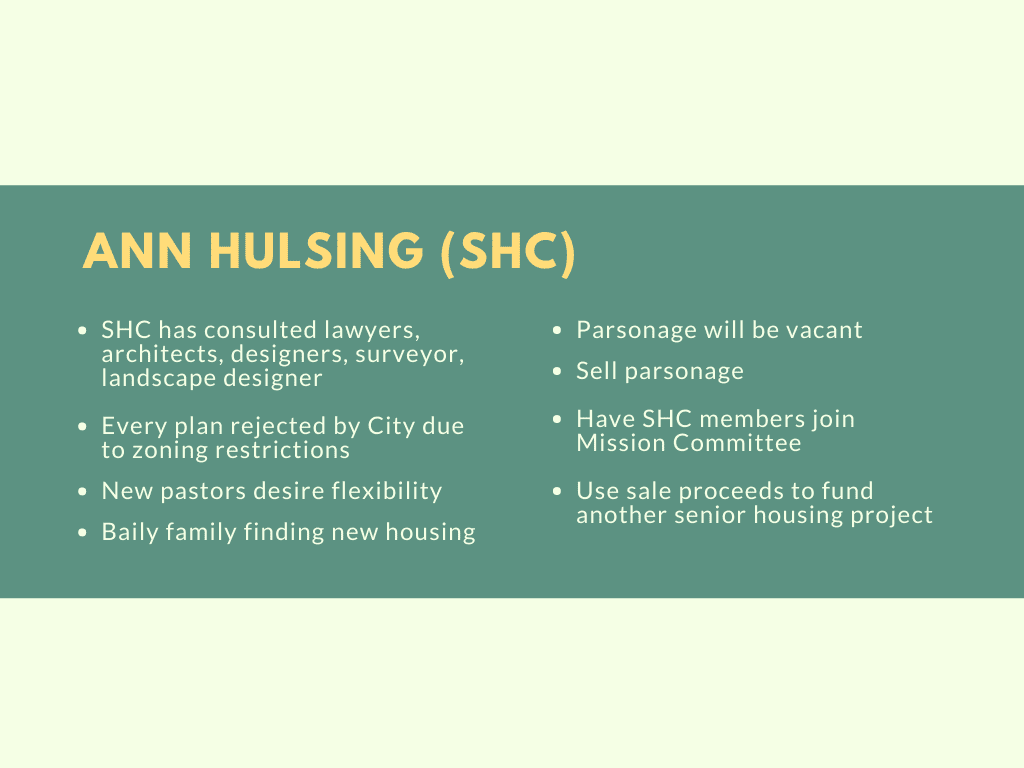 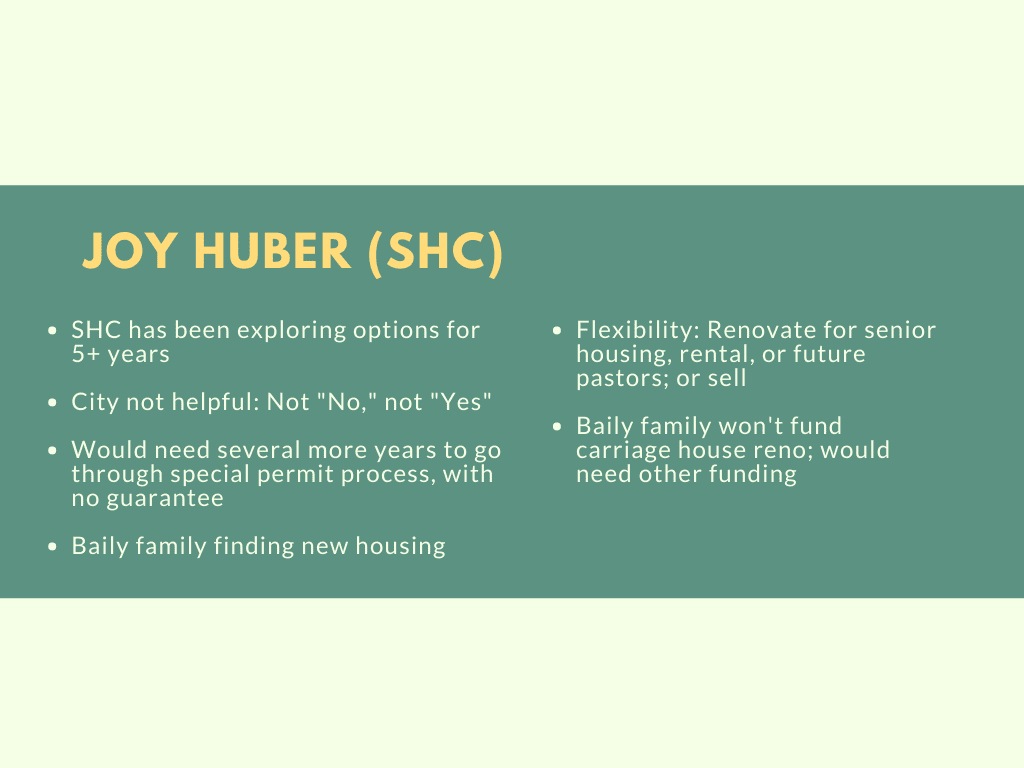 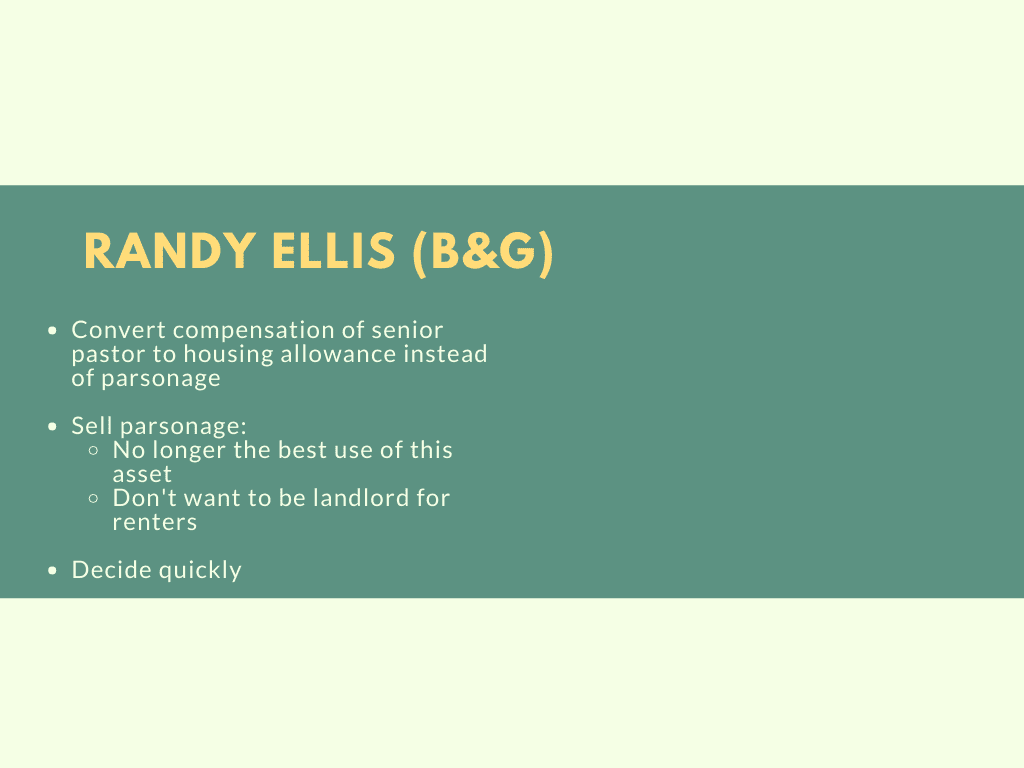 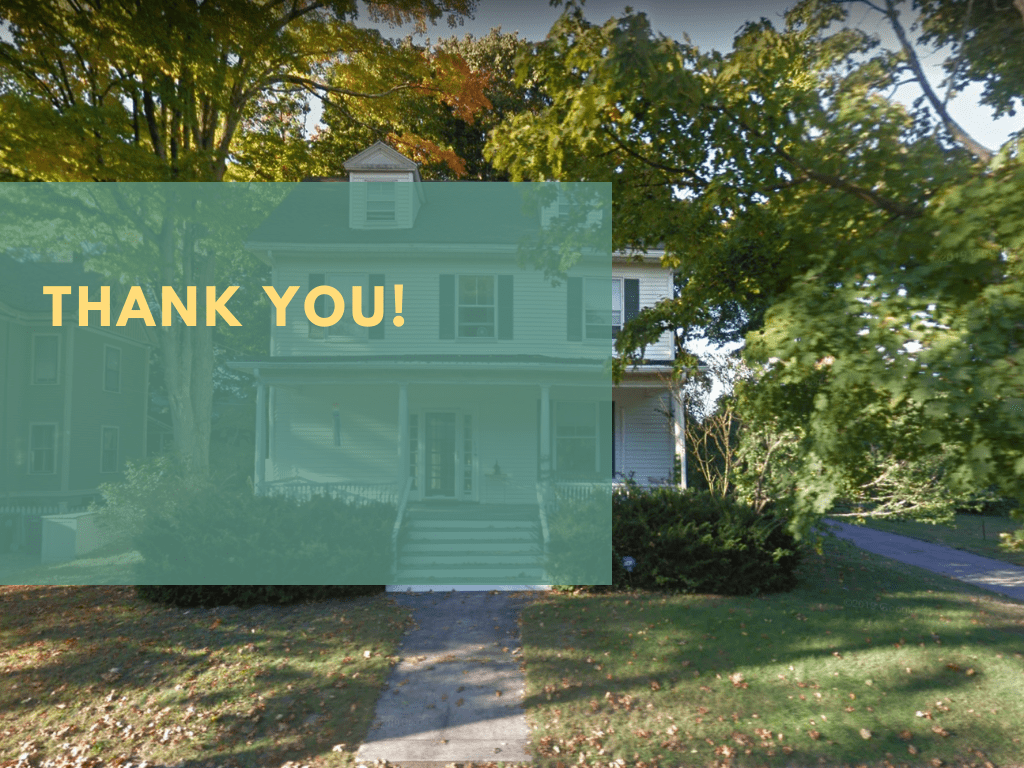 History: 101 years ago a devoted deacon bequeathed his double-sized property on Forest Street to NHCC “for the use of the pastor and the church.” Dr. Charles Newhall also endowed a fund, “permanently,” to be known for the expenses of the upkeep and “such purposes as the church may determine.” This house has been the home to several pastors and rented here and there, and it has provided a century of blessing.

Current situation: The membership voted at the Annual Meeting on June 5, 2022, to sell the parsonage. This was the first of two votes undertaken in order to sell.

Background: Our 2022 Annual Meeting vote followed eight years of unsuccessful efforts to turn the parsonage into senior housing as part of the church’s mission efforts. In addition, the current pastor’s family is moving out of the parsonage on October 1.

Other options considered and rejected

Next steps: An information session for the congregation will be held on Sunday, September 25, immediately after worship. The session will take place in person and on Zoom. Prior to the session, the committee’s recommendations will be distributed via the church’s electronic mail system. Recipients will be able to submit questions by email. A second vote will be taken at the congregational meeting on Sunday, October 23, 2022.

Some estimates to show how Recommendation 2 might work are as follows: When the pastor moves out of the parsonage, the cash cost of his compensation will increase by roughly $60,000. This will be offset by a savings of approximately $18,000 per year in parsonage expenses (repairs, utilities, insurance). If the church realizes $1.7M on the sale, and interim parsonage expenses prior to the sale are $0.1M, the withdrawal rate to cover the increased expense will be 2.6%. As of August 31, the endowment was worth $1.07M, from which the church is drawing 5.5%. If the endowment is managed as a single fund, the blended withdrawal rate will become 3.8%. These numbers will have to be recalculated when final values are known. The Endowment Committee will determine the specific investment strategy.