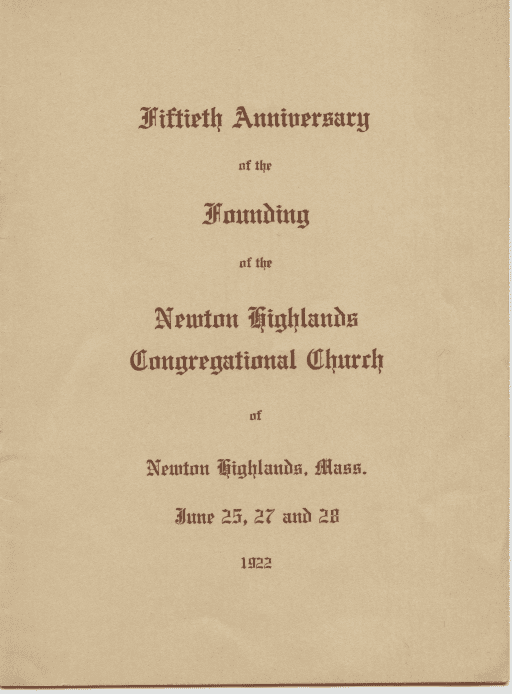 NHCC celebrated its 50th anniversary with several services in June 1922.

A few years later, in 1924, the Hayward family donated the current Hook & Hastings organ, and the Parish House was enlarged and re-equipped. The old organ was given to The Episcopal Parish of Saint Paul. Eventually, the organ console was moved to its current location and electrified.