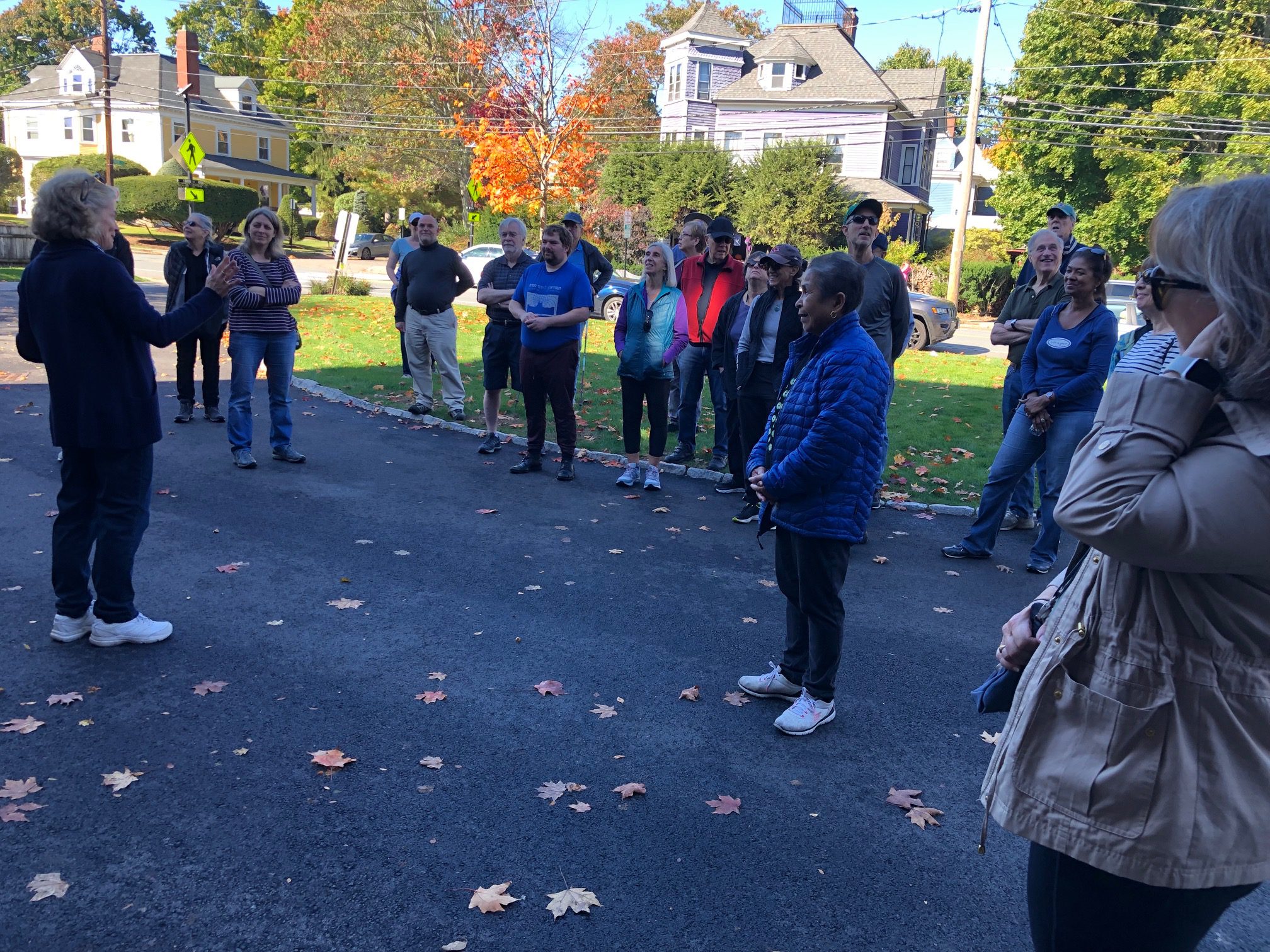 Reported Jim Harper, treasurer, “Blessed with wonderful weather, the tour continued with stops at the T station, the Hyde School and the playground, and a couple of houses on Hartford St.”