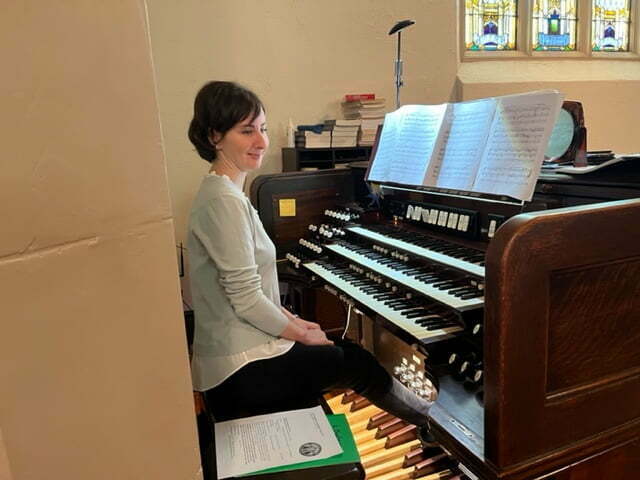 A planned completion date of February 2022 has come and gone, and the NHCC organ repair project continues to lag due to missing parts. A portion of the work is complete, and the hole in the altar area has been closed, but as of October 2022, pipes remain on the pews in the sanctuary.

Parts of the organ, including the pedals, are not operating. Highly trained organist Yevgenia Semeina is able to compensate so that the missing features are not noticeable to the untrained ear, but she expressed frustration at the delay.

“I am able to use some parts of the instrument to cover for other parts, but about a third to a half the organ is not working,” she stated. “I look forward to the day when this great instrument is fully functional!”

According to treasurer Jim Harper, recent spending on the organ has been as follows (approximate figures):

NHCC will pay another $51,000 upon completion of the current project.

“The Hayward family donated the pipe organ to the original meeting house in 1884,” explained Mr. Harper. “This organ was transferred to the current meeting house in 1906. In 1924 the Hayward family donated the current organ. The original organ was given to St Paul’s. There have been periodic updates, such as electrifying the organ console and moving it to its current location.”