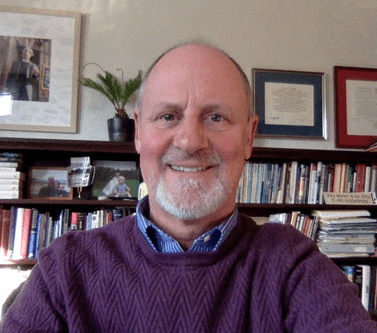 False messiahs and false prophets will appear and perform signs and wonders to deceive, if possible, even the elect.

It is election season in church. Really. Election is the central topic of at least 15 New Testament passages—or more, depending on how you read them. Election is at the heart of Christianity. And it comes up in November for three reasons. So, pay attention to elections this month.

Frankly, a great deal of the Hebrew Bible is about God’s Chosen people, or the elect. And there are constant stories about being called (or elect…). All together there are about 600+ references to all this, so it’s important. Election is important. In scripture government, leadership, values, and community life are important. That is, our ancestors knew great leaders, tyrants, visionaries, murderers, and messiahs: from Moses to David to Babylon, Rome and more, our scripture has a lot to say about government, even hoping that the savior would have “the government upon his shoulder,” and be Prince of Peace. So we’ve got tradition, values, and guides.

Why November? Well, this month we encounter All Saints Sunday (the 6th this year), Thanksgiving Sunday (the 20th), and the first Sunday of Advent (the 27th).

Quick explanation: from Paul to Matthew to the current day in theology there have been arguments about what it means to be God’s elect. From Abraham to Miriam and more, God chose the people of Israel, or the elect. Just after the time of Jesus a central question in Church was, who can be saved? Who is chosen? What about me? For 1800 years people debated and disputed the idea that God would embrace all types of people. And while millions of angels could dance on the head of a pin, white male European scholars kept saying, there has to be a limit. Until this German guy came along (Schleiermacher) and said, we think God is really, really big, except in acceptance. Which is it? Smaller God or bigger group? (Some people still don’t like Schleiermacher, although he’s been dead a while.) But when you think about it, God has space for everyone.

Now, Jesus did say that many are called but few are chosen. But then he went out and kept choosing unexpected, previously unwelcome folks, suggesting that, as in the Hebrew Bible, maybe the model is to keep expanding the group.

Those hundreds of stories about election and call that collide at the intersection of Saints, gratitude, and new life influence my life and our mission and ministry together. Jesus’ model of inclusiveness (and demands, to be sure) affects us. And all of this together affects how I approach modern elections as well: what I do on Tuesday November 8. In some ways, I use our parish values for my voting choices: feed the hungry, house the homeless, keep the creation. Women as leaders are precious in scripture (and there’s no Early Church without them). Exiles, outcasts, and refugees are embraced across both testaments. The number of the elect (the voting rolls of eternity?) should be expanded, not restricted. Congregationalists have long held that the more the merrier, as well as that we hear the Holy Spirit when we include the most voices. We’re a progressive group.

But don’t forget what Jesus says in Mark: false messiahs and false prophets will dazzle us to deceive us, same as it ever was. So, says Jesus, we must be cunning as serpents and innocent as doves. Any time we are pondering any election.

Finally, don’t forget this good news: the word “elector” does not appear anywhere in scripture! Just all the stories about how we’re called to worship God and care for each other. Which is sufficient for any November.

See you in church,